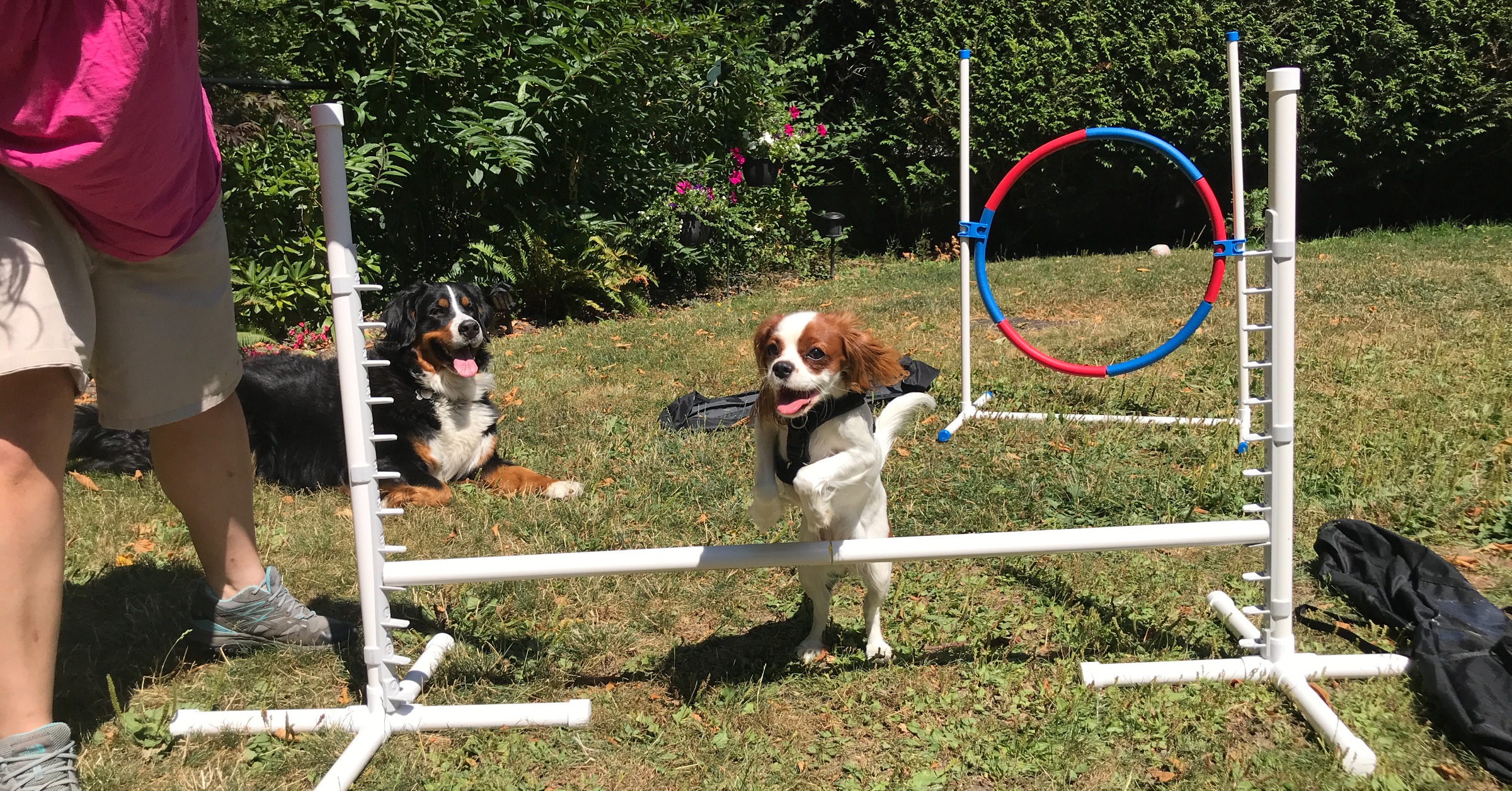 We usually use "training" to refer to teaching employees how to work, and teaching dogs how to behave. Where did this word come from? How does it differ from a word like "teaching" or "education?"

I looked it up, and it seems that "to train" comes from an Old French verb "trainer" which meant "to drag, pull or draw behind."

But... I'm always trying to train (there's that word again) my clients out of doing just that. I don't want dogs to be dragged or pulled, and I'm trying to train the dogs not to drag or pull me!

Originally a train was like the train of a wedding dress - a long flowing piece of material that dragged behind you. You can see how the word "train" came to be used for locomotives, when you think about that. The engine drags the train cars along, after all.

So how did it come to mean "to teach"?

Well, apparently it came to also mean a series or progression - as in a "train of thought". Apparently horticulturalists used it in the late 14th and early 15th century to refer to the way they encouraged the growth of branches in a specific direction or shape. It came to mean "draw out and manipulate in order to bring to a desired form", according to Etymology Online.

"Train" began to mean, "aim toward a target", as in "train your sights on the bullseye". It was no longer just dragging, but moving something from one point to another - aiming at a specific goal.

Let's compare that with the word "teach".

"Teach" comes from Old English taecan - a word meaning to show or demonstrate. It didn't really mean "teach" the way we use it today. The word for instruction, laren, spawned words like  "learn" and "lore" instead.

"Training" seems to be more active on behalf of the instructor - making a plant grow into a certain shape, making a railroad car go the way we want it to go. "Teaching" is more passive - we show the pupil the way to do something, rather than making them do it.

And yet, I don't believe in forcing a dog to grow into a specific shape. If someone wants me to turn their husky into a couch potato or their fox hound into an obedience champion, I'm likely to send them on their way. I want to help dogs be their best selves - I'm not interested in forcing them to be something they are not.

And yet, there are some trainers who delight in showing off their training skills. When you can take clay as raw as a pug or a bloodhound and turn it into a brachycephalic athlete or a flawlessly obedient hound dog, it shows just how good of a trainer you are.

It's like an artist saying, "see? I took this rock and it has become a marble Adonis."

This can be wonderful and very satisfying.

It took Amelia nearly a year to teach her boxer Doug how to use the foot pedal on a trash can, but he managed it!

Doug was challenging to train but he was a willing and enthusiastic participant. He just needed a lot of time - he was a slow learner and required a lot of processing time. If Doug had said, "No, this isn't fun for me. I don't like this," Amelia would have turned to something else instead.

There are some things we have to teach dogs that they don't like much - how to slow down for humans on walks, for example, or how to leave the steak on the kitchen counter alone.  These aren't options, we have to explain. This is how the world works.

But even then, I think of it more as teaching than training. I don't like putting dogs through drills, or aiming at a specific goal. I want to help the dog understand. I want to show the dog how to get what they want. I want the dog to be an active learner.

I'm not out to control their behavior. I'm not here to show how powerful I am, how excellent I am at hijacking a dog's body and senses.

But sometimes - especially when I watch dog sports competitions - I wonder whether the handler is in it for the dog... or for the prize. 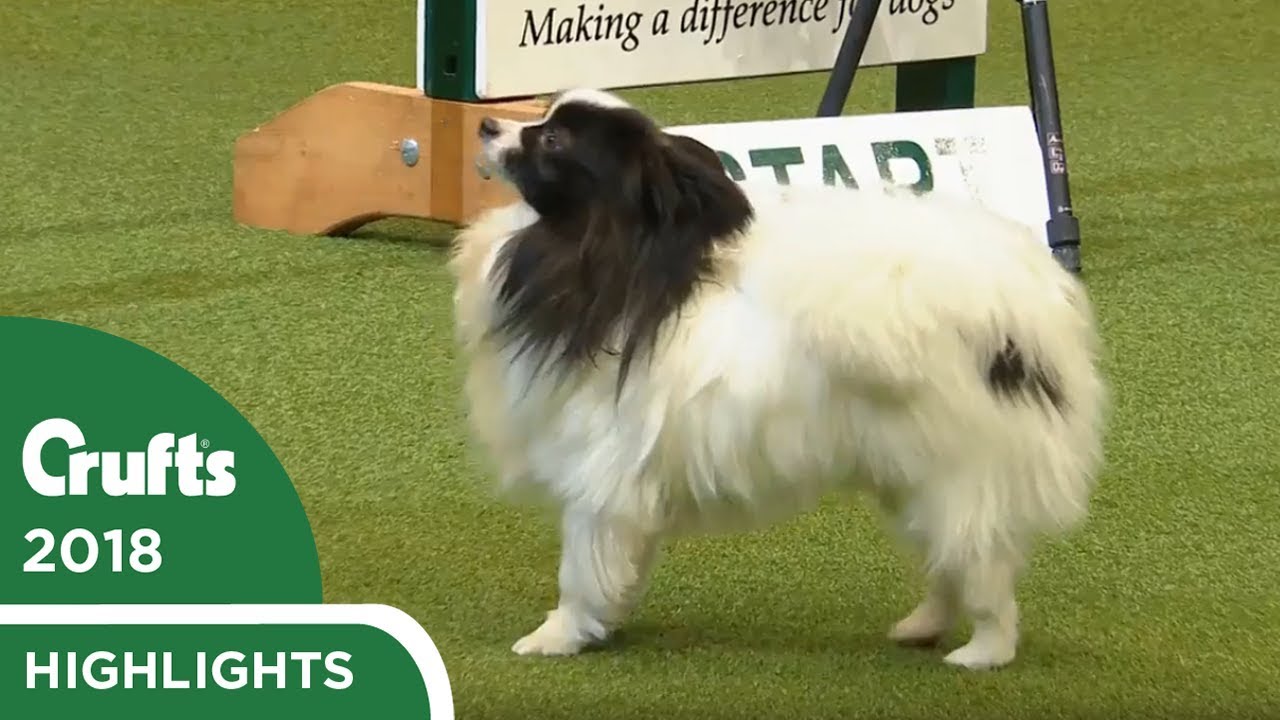 Look at that poor little dog. He doesn't know that he's at Crufts. He doesn't understand that this is his chance for a prize. He's scared silly and he has no interest in that agility equipment. That couldn't have happened overnight. He did agility because his owner wanted him to and she motivated him to do it - but when it came down to the big moment, he just wanted to go home.

Here's another example of training with a much happier competitor:

This fella is pretty happy. He isn't scared of the crowd and seems quite willing to do what his guardian is asking of him. But he's so clearly doing it for her.

I know it makes you happy, Mom, so sure, I'll go through these weave poles for you!

If you asked this basset what he'd rather be doing, he'd say, I already told you. I want to roll around and get belly rubs and maybe check out all these nice people. They could have treats!

Now, maybe he resisted at some point in the past and his owner motivated him over it. Maybe he has always been okay with doing it, even if it wasn't his first choice.

Then there's this little dog: 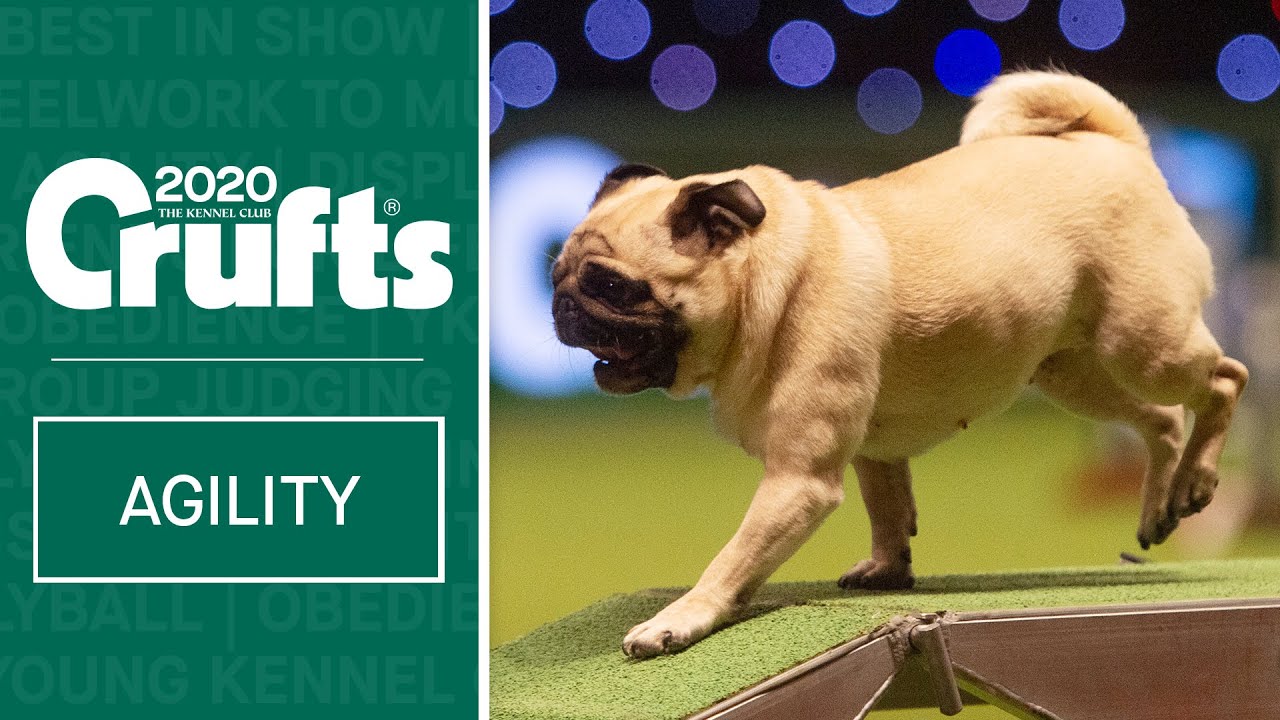 Now here is a little pug who is clearly loving the agility. Not only does she hop over jumps and roar up ramps without needing encouragement, she's even a little over-eager at times. She's having a blast!

This seems like more of a case of being taught than trained. No one is dragging this little one anywhere. She's her own little engine. I don't think she's out to compete. I think she's just having fun. And that's fine.

Now, here is the ultimate - the ideal dog agility competitor: 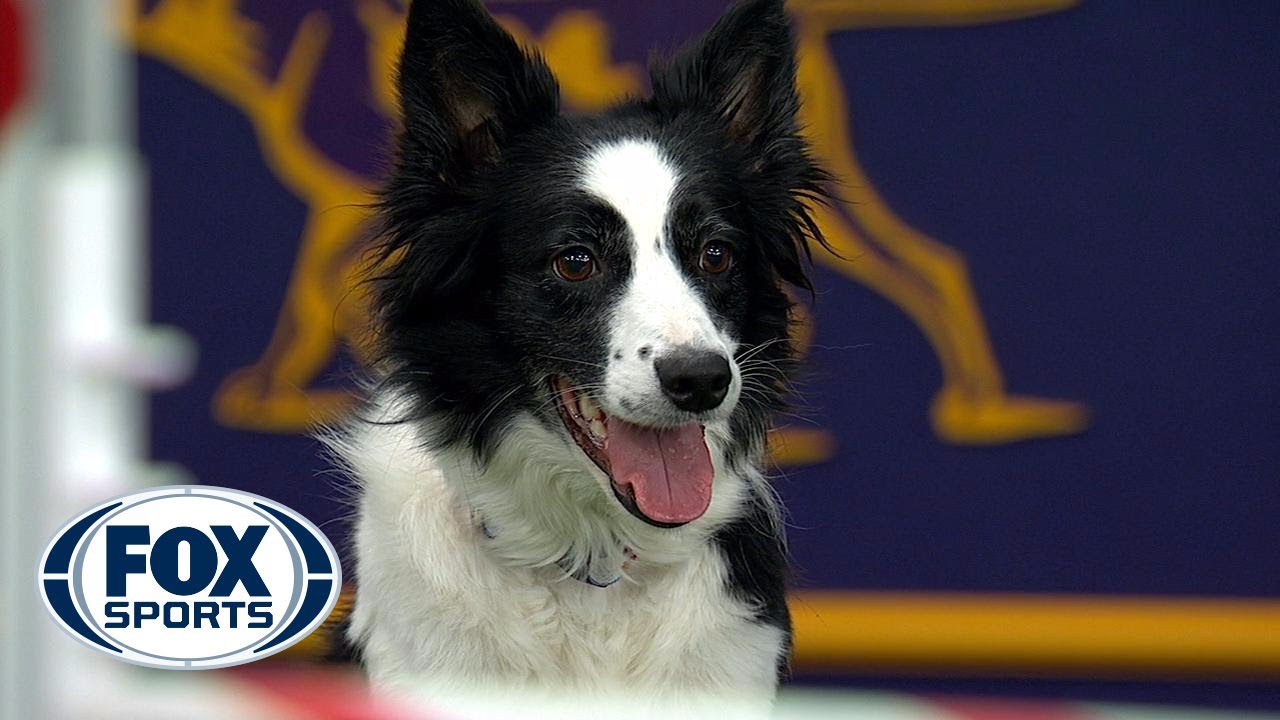 I love that moment when she finally takes her eye off of her tug toy and notices the agility course.

OH, she seems to be thinking. OH!

Suddenly the tug is forgotten. She is completely and utterly focused on that course, and she rocks it.

Of course she does, you might think, she's a border collie.

But that's the thing, right? Of all the breeds, border collies are most likely to rock an agility course. They are built for speed, accuracy, and precision. They are agility.

Most border collies don't need to be driven over an agility course. They aren't the train. They're the locomotive. You're just the engineer, and you're lucky if your locomotive has brakes.

If you have a dog like Cookie, and you want to have fun together, agility looks like a great way to do it. But that basset and that papillon look like there are other things they would be doing, if someone offered them a choice. Give that basset a choice between tummy rubs on the couch and agility, I think he'd pick the couch. Give that papillon a choice between that agility course and literally anywhere else, and I think I know what would happen.

If you want anything different, you need to train.

But I've lost interest in training. If a bouncy little pug says she wants to leap over things, I'll be hauling out the agility equipment and teaching her happily.

But if I have to train - really train - a dog to do something? I start wondering if maybe we should be teaching something else. Because I don't think I have the right to railroad a dog into doing something they'd really rather not do.